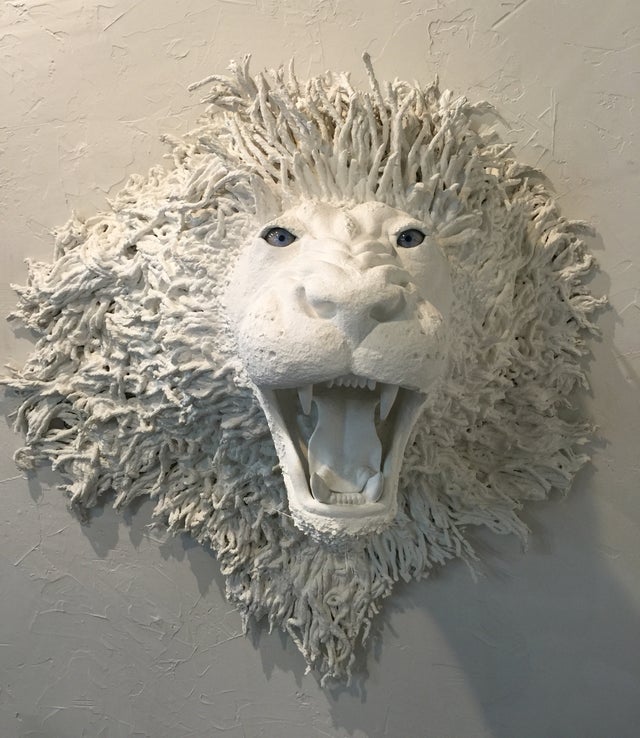 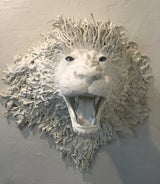 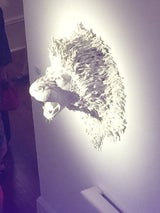 30" x 24" x 24" (approx.) Paying homage to Cecil, a male lion in Zimbabwe who was lured out of the Hwange National Park and wounded (then tracked and killed the following morning, between 10 and 12 hours later) with an arrow by Walter Palmer, an American recreational big-game hunter. Cecil's Ghost is ferocious and defiant, cast in plaster with a cotton mop mane and custom made blue eyes.